Small multiples for the graphic that MacKay used in his 1901 report on phenology, featuring the summarized variables that MacKay chose:

"Small multiplies" is an idea due to Edward Tufte, who is famous for his designs of the proper way to illustrate graphical information. I found this article entitled "Tufte in R", which might be interesting to investigate. Ironically the section on "Small Multiples" is "in preparation". Maybe we could do this in R. I do have an example of Small Multiples in R, actually, which I've made available on mathstat (/var/www/html/mackay/R/SmallMultiples/generate_graphs.R). This also illustrates how to read an Excel spreadsheet in R, and some MYSQL commands for selecting data. It's all a little overwhelming perhaps! But it's worth digging into....

Here is the Mathematica File that produces the following plots [This needs to be updated Madison -- also the file for year 07 is called 1917m....]: 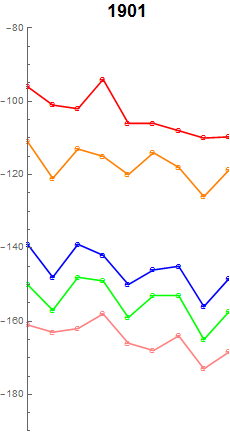 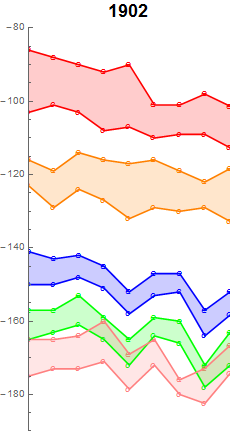 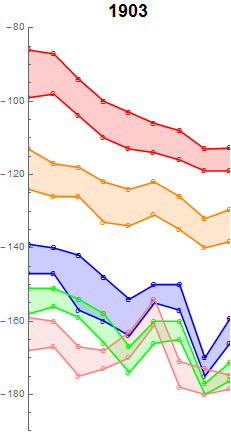 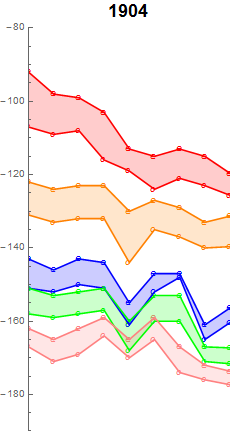 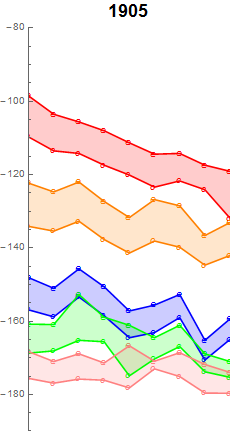 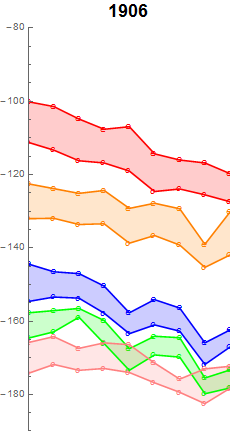 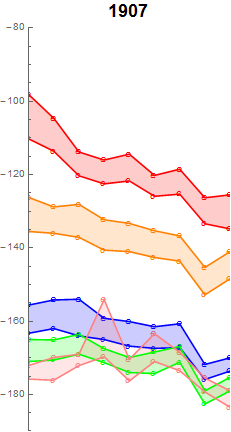 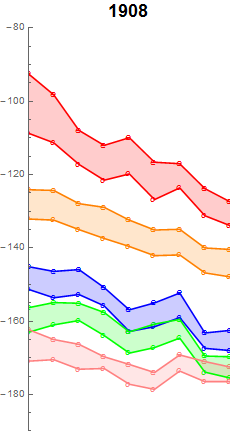 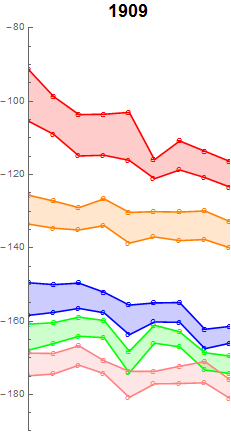 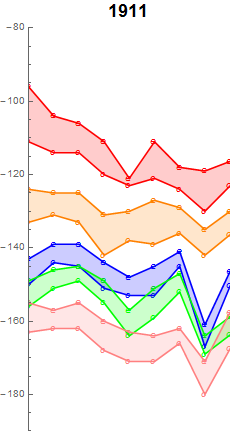 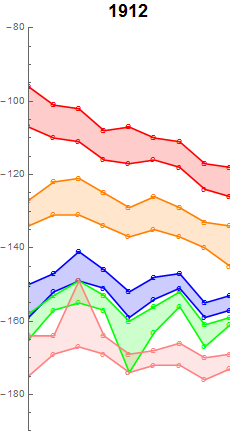 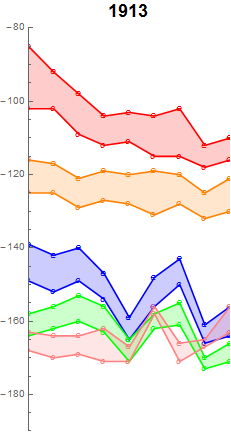 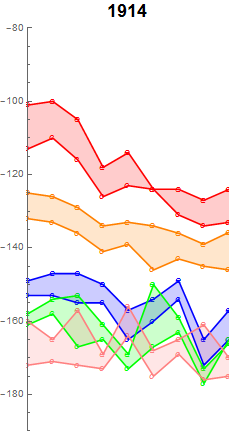 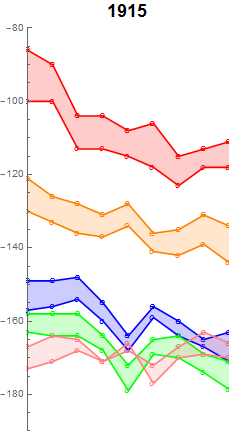 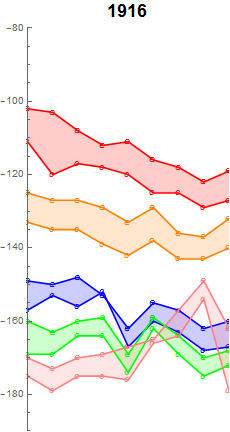 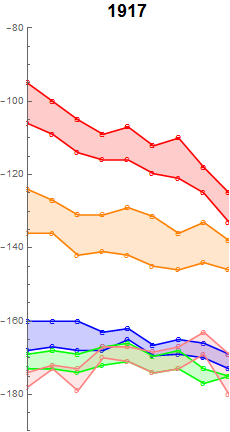 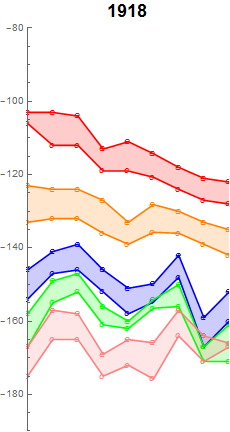 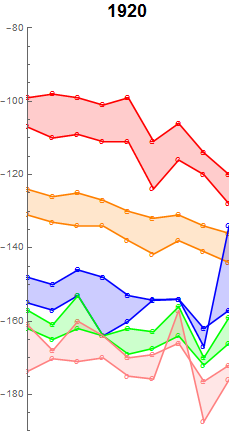 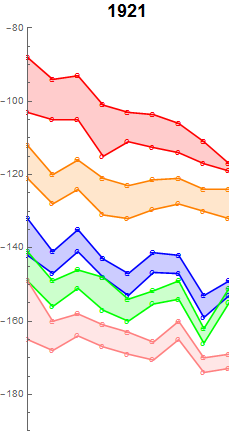 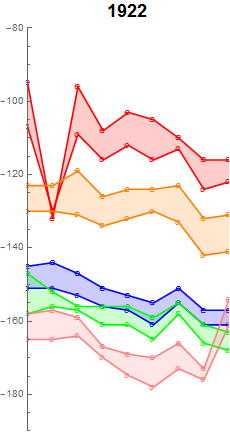 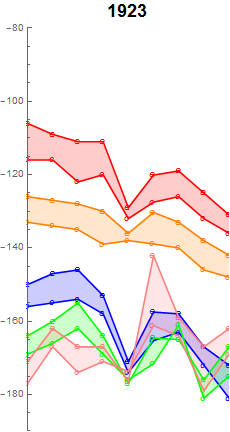 Now to the important question: What do we learn?