When I first started school, I went to a Montessori elementary school. It's a different type of education than standard public schooling. It's known for allowing children to learn at their own pace, individually solving problems with support from teachers. I think my first encounter with math was "blocks" which were made out of beads or wood. 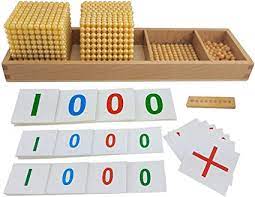 They would use these to help us understand how counting works. They were a lot of fun to play with while also learning the concept of counting. A lot of the reason I visually like math is because of this introduction at a young age.

My mom, realizing that I liked solving problems, would get me workbooks in math and books to read. I would work on these during the summer as to have something to do at my grandparent's house instead of watching tv (before the days of tablets and phones for kids). I would work through these problems and feel so excited and accomplished having correctly completed a problem without looking at the back answers.

Then came my grade 4 math teacher. She was the second meanest teacher I had meet. She just was grumpy a lot of the time and had a difficult time handling the classroom (Montessori schools grouped grades together, so my class had 4, 5, 6). We had to sit in desks and couldn't learn as independently as in grades 1, 2, and 3. It was such a shock to me and I started to like math less and then.

The summer before grade 5, my family moved towns and I had to switch schools. This was a more traditional public school setting with blocked class time and switching classrooms. Nothing was learned independently and everything was in a group setting. I was getting bored in class and had trouble focusing especially in math because it would just drone on.

This feeling would continue throughout middle school as well. I was never disruptive, but I was losing interest in math quickly. English became a lot more fun since I could read fiction books. I was, however, placed in the advanced math classes. There was only 1 math teacher in the middle school teaching advanced at the time I took it for all three years. Mrs. Smith (6-8 grade math teacher) first introduced me to more "complex" math like fractions, decimals, and algebra. I hated it so much. Memorize this, memorize that. Very boring. Algebra was ok cause it had rules and a system, but still a lot of memorization. But she introduced the math in a way that was fun enough to get through it.

Even though I hated math as a subject, she was an amazing teacher throughout those years.

High school was a whole 'nother beast when it came to math. My first teacher was an extremely heavy homework assigner. We had maybe 3 -4 assignments a week. In geometry. With proofs at times. This was also the first class I had ever gotten a C in. I was devasted. I just could not for the life of me understand geometry in the way that needed to be done to pass the tests and homework. It just made me hate math more. Hands down my worst subject ever in school. I am not a proof person. And those weren't even all that complicated.

The next class was Algebra 2 which went ok. Back to the basics in my mind. Then Pre-calc which brought back geometry at times. Horrible when that happened, but the algebra parts went ok. Then came Calculus (for the AP AB Exam). That is when math started to become a bit interesting again. I took after-school tutoring with one of the other math professors so that I could take the BC exam (which wasn't offered outright at my school). We need to get graphing calculators and I was able to get a colored one. Then came the visual aspect of math. Up until that point, besides geometry, math was just symbols and numbers. Nothing visual. It didn't mean much besides rote memorization to get an A. Learning different equations, you could create different graphs that would look so cool on the calculator. Polar coordinates brought this one step further.

I graduated High School passing the BC exam enough to get out of calc 1 here at NKU. I came to college as a data science major and avoided math classes at all cost. They were of no interest to me. I did have to take STA 250 which being my first ever statistics course with 0 knowledge of it from high school (I was sick for the stat/probability unit and therefore never had to learn) it became my second worst subject. I had heard horror stories of classmates trying to take the Statistics AP exam in high school and now I understood why. Statistics was marked as do not take now in my mind.

Then I took calculus 2 here at NKU with Dr. Waters. He made the class interesting and explained it in a way that allowed me to catch up from not having taken it for 2 years at that point. I did enjoy that class because it continued on what I was learning in high school at a deeper level. He then invited me to do research with him since he was trying to optimize an algorithm he built to classify harmful algae blooms in water. This opportunity showed me that I could actually use my math knowledge to solve real problems.

I was then convinced to take a second Statistics course, STA 327 Categorical Data Analysis with Dr. Herman. I only took this course because I had a friend taking it with me and I saw some value in it for my data science knowledge.

I love the way Dr. Herman would explain the topics and the applications of said topics. The stuff that I had failed to learn in STA 250 was starting to make sense in her class. With a purpose of learning it as well. I wanted to take more classes. But I had to chose, continue my data science major and stop taking statistics courses (no room to add more class in my schedule), or take the leap into a statistics major and hope for the best. So, I took the leap. I have not regretted it once since switching. I still tailor my classes to learning data science-related topics, but with more of an understanding of what an actual library is doing behind the scenes.

I'm not sure what I'm going to do yet besides try my best to make it in the data science field. I don't have a particular field in mind to use my math knowledge in. I just know that I want to use it to help in some way. And I want to use it to show people how beautiful it can be when you get away from the nitty-gritty numbers and look at the bigger picture math can show. As your teachers in school said, there's no running from math. It is everywhere. Even if you don't see the numbers.

As you may have guessed, I am a visual person. I love when visual items also have meaning. Therefore, my favorite thing in math is the representation of the most simple part of math, the numbers. 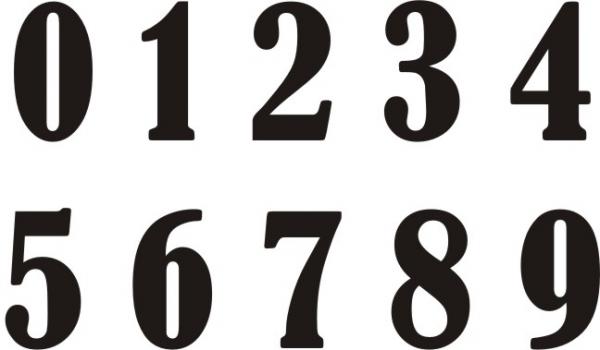 Combining these digits allows use to count higher than the 10 digits we have on our hands. But humans haven’t always counted in base 10. In 2000 BC, the Babylonians and Sumerians would use base 60. Some of this system is still with use today “60 seconds in a minute, 60 minutes in an hour,” (Crilly, 8). The Romans had developed their own system of symbols to represent numbers. This system looks very complex, but once learned is easy to read. However, it becomes increasingly difficult to do any arithmetic with these numbers. Multiplication “might be impossible within the basic system,” (Crilly, 9). 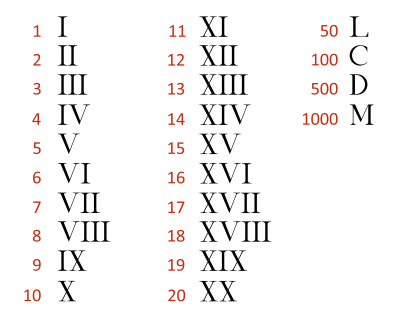 My favorite way of representing numbers is the original Arabic way. Each angle draw represented how many that symbol was showing. To me, this is an ingenious way to quickly convey what was meant. Over time, we have simplified this version so that the numbers were more rounded or have less edges and could be written faster. 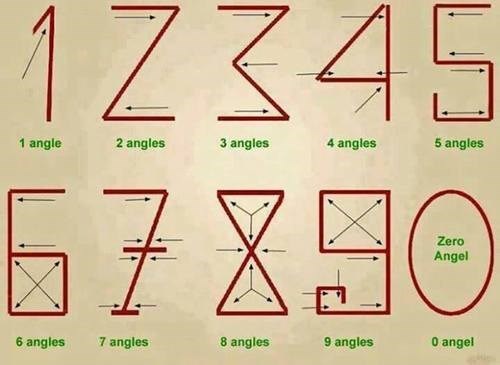 But these systems were just the simple pen and paper numbers used. How did you do the math quickly enough if you were auditing a treasury? Tools. Before we had calculators or the fancy computers in our pockets, we needed to create tools in order to accurately keep track of the numbers. The Chinese invented to Abacus in order to keep track. There are two beads on the top section and 7 beads on the bottom. There were traditionally 9 rows allowing the calculator to count up to 999 starting at 1. 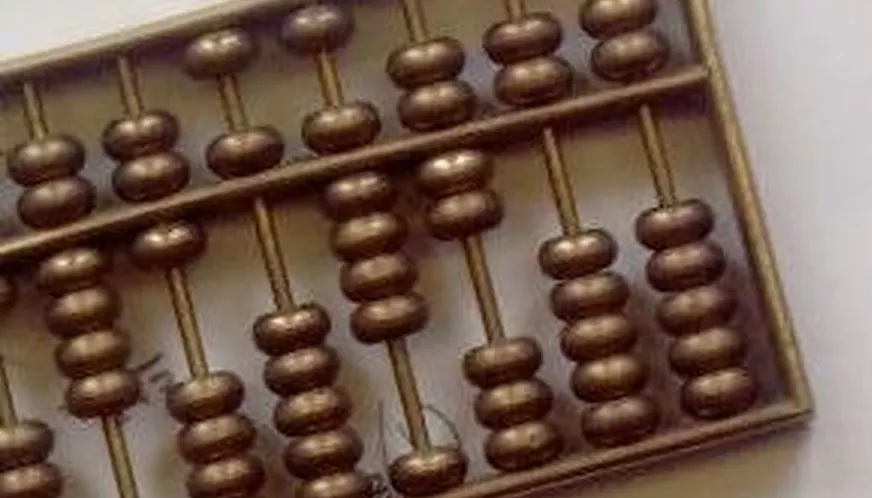